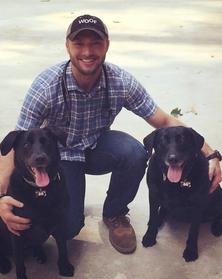 Dr. Dale Wilson grew up in Greenville, MS.  After high school he attended Delta State University and received a chemistry degree. In 2004 he graduated from Mississippi State University, College of Veterinary Medicine and moved to the Jackson-metro area.  From 2005 until 2014 he practiced at Oakdale Animal Hospital in Brandon, MS and has lived in the Mannsdale-Madison area for the past 6 years.  He owns a brindle Great Dane named Willow, and a Drathaar named Nelli.

"For the past 11 years I very much enjoyed being a veterinarian and had the opportunity to work with a wonderful team at Oakdale.  They enabled me to grow as a veterinarian and provided all of the diagnostic tools necessary to work on more advanced skills.  As I grew comfortable, another passion began to develop inside me and I became more involved with my clients.  Through this, I discovered that while I considered myself to be excelling at diagnostics and treatments… I was missing another part of a very important puzzle.  That part was the owner.  As I progressed in this train of thought, I realized that I really wanted to not only be an veterinarian, but also a business owner.  3 years ago I began my journey of working to create Mannsdale Animal Clinic in Madison, MS".

Dr. Mills is a Jackson native and a lifelong Mississippi resident. He attended Jackson Academy high school and received his undergraduate degree from the University of Mississippi where he was a member of the Sally McDonnell Barksdale Honors College. During his undergraduate career, Dr. Mills served as an Emergency Medical Responder for North Mississippi Emergency Medical Services and served as a veterinary technician at the Animal Clinic of Oxford and was a volunteer at the Oxford-Lafayette Humane Society.

During veterinary school, Dr. Mills spent time around the country working with veterinary specialists in New York City and Washington D.C. to receive advanced training in various veterinary specialties. In addition, Dr. Mills  worked for the American Veterinary Medical Association's Governmental Relations Division in Washington D.C. where he worked with legislators as an advocate for pets and their owners on issues pertinent to animal welfare and the animal health industry. He received his Doctor of Veterinary Medicine (D.V.M.) degree from the Mississippi State University College of Veterinary Medicine.

Dr. Britt is a native of Mississippi and a graduate of Clinton High School. He has lived in the Madison/ Gluckstadt area for the past 10 years.  He is a graduate of The University of Southern Mississippi, Mississippi State University, and Mississippi State University College of Veterinary Medicine. After graduation, he served a year in public practice with the USDA. He then spent a year at a mixed animal practice in Georgia before moving to Virginia Beach, VA. While in Virginia, Dr. Britt was a member of a three-hospital, small animal AAHA certified practice where he developed an interest in internal Medicine. In 2009, Dr. Britt and his wife returned to Mississippi to be closer to family.

Dr. Britt has a son that attends Madison-Ridgeland Academy. His wife teaches at Mannsdale Upper Elementary, and they have a black lab named Beaux. When Dr. Britt is not working, he enjoys spending time at the beach, watching Mississippi State sports, and being around family. 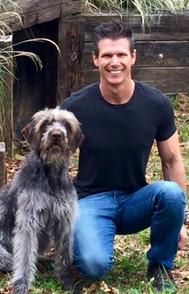 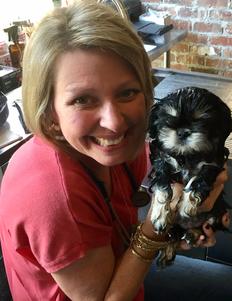 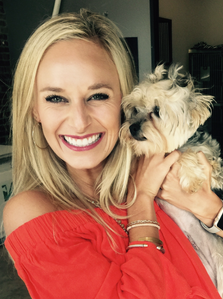 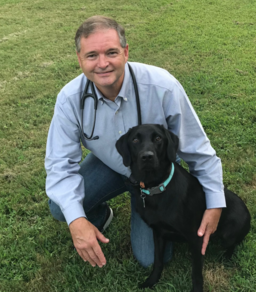 Dr. Carley Tucker Langston is from Collierville, Tennessee. She attended Briarcrest Christian School for elementary, middle, and high school. While attending Mississippi State University for her undergraduate degree, her family relocated to Oxford, Mississippi. At Mississippi State, Carley was a member of Phi Mu Fraternity and participated on the Pom Squad for four years (Go Dawgs!). She majored in Food Science with a concentration in Poultry Science.

After graduation, Carley went on to attend the College of Veterinary Medicine at Mississippi State University. While there, she was an active member in many clubs including Surgery club, Alpha Psi, and American Association of Bovine Practitioners. She also served as a student delegate to the American Veterinary Medicine Association for the two-year term. Dr. Langston enjoys large animal work, and her primary interests are oncology and internal medicine.

Dr. Langston is new to the Jackson area, having just moved here after graduation in May. She is a newlywed and has one Goldendoodle named Murphy. In her spare time, she enjoys spending time outside, baking, and exercising. She looks forward to serving the Jackson community and is excited for her future at The MAC!

Dr. Laura Stronach was raised outside of Huntsville, AL where initially she pursued an engineering degree at The University of Alabama. She then changed careers and schools, attending Auburn University to pursue her veterinary carrier with first completing a B.S. in Animal and Dairy Sciences in 1999 and then completing her DVM in 2004.

Since graduation, she worked in Birmingham, AL and in Salt Lake City, UT while her husband finished his Arthroplasty training and fellowship in Orthopedic surgery. Dr. Stronach moved to the Jackson area in 2011 where she became a relief veterinarian until finding a home at Mannsdale Animal Clinic. Her veterinary interest are in dermatology, wound healing, animal behavior, and training.

She is very active in the outdoors with gardening, summer hiking, and snow skiing in the southwest and retriever handler with her two labs Pinny and Elle. Dr. Stronach has a love for teaching and service projects in the community giving preschoolers and elementary children a view into veterinary medicine. She has acquired the nickname “The Bone Lady” and has accumulated a great collection of skulls and mammal bones for the kids to learn about their pets and their bodies through her lectures.